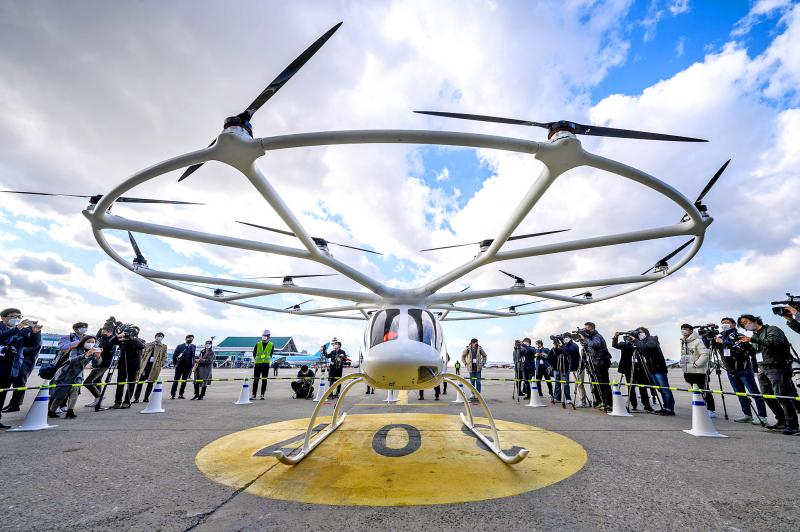 The Jetsons are back and they are looking green.
Electric flying taxis were the toast of the Singapore Airshow, which ended on Feb. 18. AirAsia and a unit of Embraer SA announced deals for nearly 200 of the futuristic vehicles, which have not made it beyond prototype stage yet.
Such electric vertical take off and landing (eVTOL) vehicles have seen an explosion of interest in the past few years, with about US$12.8 billion invested in the field since 2010, McKinsey & Co data show.
The promise of this booming sector is that they are selling something fundamentally different than the original VTOL aircraft: